For Nomkhosi, playing in a brass band changed her life – now she is working hard to help others change their lives with music

As a young girl, she lacked confidence because she was slightly overweight and had no friends at school. But then she started playing with the Field Band Foundation brass band at the age of 11. For Nomkhosi Mnisi, this was a life-changing event.

“If you’d met me 20 years ago, I would never have agreed to be interviewed,” says the 33-year-old via video link from Johannesburg in South Africa.

It is hard to imagine that the radiant woman had a difficult childhood. She now works at the head office of the Field Band Foundation (FBF) in Johannesburg, and her work involves providing children with the same opportunities she received. She clearly remembers how it all started.

“I was a little overweight, and a lot of people picked on me because of that. I was always on my own at school. But then I joined the Field Band Foundation. Everything changed then,” says Nomkhosi Mnisi.

The quiet girl suddenly had a whole group of new friends, self-confidence and knowledge about how to deal with life’s challenges, all through music.

The Field Band Foundation is an organisation in South Africa that involves children and adolescents in marching bands that combine brass music and dance movements. They initiated an exchange with the NMF, the Norwegian association for brass bands, beginning 20 years ago, with the main aim of exchanging musical expertise and enthusiasm for music through their Bands Crossing Borders project.

In 2013, this project was further developed into PULSE, in which the organisations involved investigate how musical activities can promote good health and prevent health problems.

Every year, between four to six people from each country travel on exchange.

Nomkhosi Mnisi has travelled to Norway on exchange twice, the first time to Hamar and the second to Oslo.

“When we are on exchange, we exchange more than just our knowledge of music, but also our life experiences. On my first trip to Norway, I saw parents interacting with their children, showing an interest and taking part in their activities. This was a cultural shock for me,” she says.

“In South Africa, we never sit down with our parents and talk about stuff, like they do in Norway. But I will do this with my family, if I have one. It’s not about the music, it’s about life,” Mnisi says.

Trying to encourage parents to get more involved

She goes on to explain how surprised she was to see how much Norwegian parents got involved in the activities of the brass bands.

“In Norway, parents are involved in every aspect. They come to rehearsals, join committees, do voluntary work, practically everything. In South Africa, we struggle to get the parents involved in their children’s activities. The Field Band Foundation has learned a lot from Norway about how Norwegian brass bands get the parents involved, and we’ve done something about this,” she continues.

At the same time, the exchange participants from South Africa have revitalized brass band rehearsals in Norway. In Norway, traditional brass bands are very regimented, with lots of rehearsing, practising and, last but not least, reading music.

“In South Africa, we start out by teaching the children to play by ear, and perhaps the most special thing is that they learn to play and dance at the same time. When we tried to teach this in Norway, I’m sure they found it a bit difficult at the start, but they managed fine after a few days,” says Nomkhosi Mnisi.

Would not have been possible without Norec

Nomkhosi Mnisi is in no doubt that her life would have taken a different direction if she hadn’t been introduced to the Field Band Foundation as a young girl and, not least, had the opportunity to travel to Norway on exchange and take part in Norway’s brass band association via Norec’s exchange programme.

“Norec invests in organisations by helping them send people on exchanges. And if we hadn’t had these exchanges, we as an organisation would never have learned what we have now, or achieved such development. The exchanges have provided us with so much knowledge and inspiration, and helped us identify new opportunities. This would never have happened without Norec,” she says.

The Field Band Foundation has provided her with a career and the opportunity to make use of everything she has learned.

“I’ve stayed with the Field Band Foundation because I can see that what we do for the children actually works. It’s not our goal to keep the children in the Foundation, but to allow them to fly. This is meaningful work,” she says.

A lot can be achieved through long-term relationships

The CEO of Field Band Foundation, Nicolette du Plessis, is in no doubt that their cooperation with the Norwegian brass band association, NMF, over the past 20 years has been very fruitful, thanks to Norec’s support.

“When you have the opportunity to have long-term relationships between organisations, you can achieve a whole number of goals. The organisations are able to learn a lot about each other and get to know each other over time. Not only do you learn from the other organisation, but it helps you reflect on your own activities and practices,” says Nicolette du Plessis.

Norec’s exchange programme allows changes to take place at grassroots level, and the CEO claims that this is essential in creating permanent change.

“This method of cooperation allows changes to infiltrate throughout the organisation. We send our ‘foot soldiers’ on exchanges in other countries and different organisations. When they return to their jobs with the Field Band Foundation, they bring with them new experience to their daily tasks. This creates a much better sense of commitment than if the influence comes from higher up in the same organisation,” she concludes.

Two decades of exchanges with the Field Band Foundation have shown how music can be used to achieve other objectives that do not purely relate to the field of music.

NMF has cooperated with the Field Band Foundation (FBF) in South Africa for 20 years, financed by Norec.

The FBF is a non-profit/voluntary organisation that teaches music to people in low-income areas in South Africa. The FBF also provides general training in social development and life skills. Values such as commitment and involvement, honesty, empathy, diversity and equality are also key.

From purely music to quality of life via music

Every year, a small number of young music teachers from each country have travelled on exchange to a partner country. This has been productive in many ways.

“When we started the exchanges, they were purely for musical purposes. NMF participated in order to exchange and share knowledge that we had a lot of – we work with teaching music and developing expertise with instruments,” explains Silvelin Havnevik.

After around 10 years, we noticed a need to make changes to the results of our exchanges.

Has provided a different kind of knowledge

In 2013, we initiated the PULSE project, a programme for music and health aiming to demonstrate how music can help increase quality of life and improve health.

“We recognised a need to study the values and expertise gained by playing music, outside of the purely musical aspects,” she says.

Both NMF and the FBF place an emphasis on improved quality of life, and the PULSE project has allowed both organisations to work on increasing expertise relating both to music and health.

“The cooperation between Norway and South Africa has been very meaningful for both organisations, the participants working on the project and other people involved,” says Silvelin Havnevik.

She points out that this has helped shape the project and the steps they have taken moving ahead.

“When you study the way people teach, how they achieve results and how teachers behave in front of their pupils, it became evident that we had different ways of doing things. For NMF, music was the core activity, while the FBF used music more as a tool to achieve other objectives,” she explains.

The FBF from South Africa work to provide children and adolescents with knowledge relating to life skills, so they are better prepared to make good decisions in life.

“This has changed the way we think at NMF about music teaching, and particularly the role adults play when it comes to developing attitudes among children and adolescents. The young adults who have been on exchange bring this set of values with them when meeting both brass bands and other cultural arenas in Norway,” says Silvelin Havnevik.

She goes on to emphasise that the impact has extended far past NMF as an organisation.

“NMF and the FBF share the objective to encourage children and adolescents to stay involved with music for as long as possible. But this requires a dual focus. Working with safety and welfare is an important part of the experience of gaining life skills, and both are equally essential. I think it’s safe to say that we have affected how people who work for and with brass bands have a more comprehensive perspective of how to teach,” she continues.

NMF has, for example, developed teaching material and courses for band directors focusing on the fact that this work involves being a role model, and on how to behave in relation to children and adolescents.

“In my mind, this relates to what we feel is important when we work with children and young people. Before, the main focus for a band director was to teach music. But when you take a new perspective on your role, you become more aware of the impact you have as a leader, both for the musical and social aspects in the band,” says Silvelin Havnevik.

The cooperation between the two organisations has also resulted in other specific learning programmes, thanks to a digital library of activities.

“This is a resource comprising videos displaying exercises, open to the public and available to anyone interested. We are continuously developing the library. We learn from each other and find out how we can create a learning platform that both of us can use,” continues Silvelin Havnevik.

If all parties are to achieve their long-term goals, it is important to make sure the partnership lasts a long time. And the 20-year-long cooperation between NMF and FBF is a good example of this.

“We know that things take time. If we hadn’t had the support of Norec, we would never have been able to develop as organisations as we have. Norec places strict requirements on the application process, and we are constantly challenged to take responsibility for and develop our project,” she continues.

She points out that it takes time for partners to find out how to cooperate and develop together.

“It takes a long time before you are self-confident enough as a partner to develop things. We are grateful to Norec for providing us with this opportunity,” says Silvelin Havnevik. 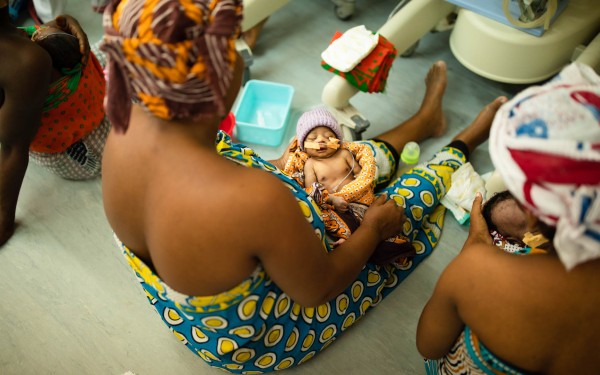 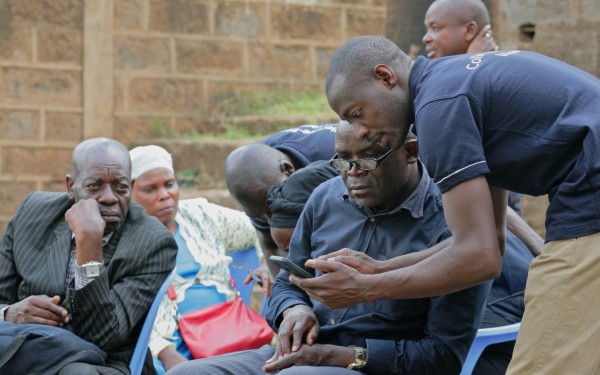 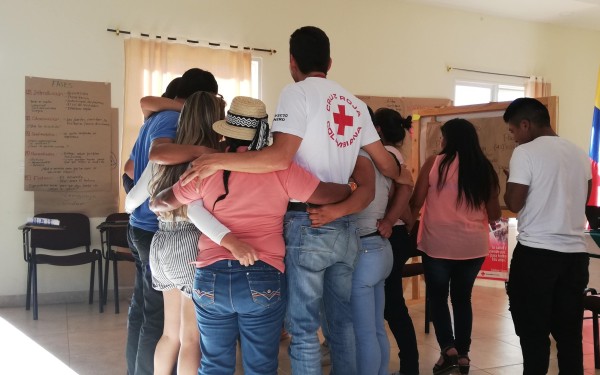 Street mediation in Norway opened the door to conflict resolution in post-war Colombia.