– Diversity is more than counting nationalities

– In the refugee camp I was surrounded by strong women. I was surprised when I could not find these women in leadership positions when I came to Norway, says Bergen-Congolese Irene Kinunda Afriyie.

Last week, Afriyie participated in Norec’s webinar about diversity on the workplace.

– Both research and media have a very problem-oriented approach to people with a multicultural background in Norway. They are always asking: What are we missing, what do we need? This discourages Afriyie.

In the refugee camp, Afriyie got used to having strong women around. But when she came to Norway, she neither saw nor heard about people from the same place as her that succeeded in their career.

– I thought that multicultural women in leading positions either had to be absent or invisible.

Afriyie decided to go hunting for role models. In a detailed manner, she started mapping out successful women with multicultural background. She wanted to find out how these women presented themselves.

– These women were not very interested in promoting their multicultural background. They were more concerned with promoting their own personal skills and knowledge. Some of the women became more conscious of their multicultural background when they got older, but most of them did not use their “differenceness” as a resource at all, explains Afriyie.

– Are you well enough integrated when you eat tacos on Fridays?
She is not surprised that many do not wish to promote their foreign background.

Afriyie points out that there is a big difference between recognising diversity and cherishing it.

– In Norway, a lot of people recognise that diversity is good, but there is a large shortage in the way we work with it. When differences meet, some friction happens. We have to learn how to handle that friction.

– It is not enough to just count diversity
Afriyie discussed how Norwegian workplaces can become better at taking advantage of the potential that exists in diversity together with diversity expert Loveleen Rihel Brenna, Synne Marie Oppheim from Brødrene Aa and Jon Wigum Dahl from Haukeland University Hospital.

Brenna has work with diversity management since 1993. She believes there is a lot of talk and little action when it comes to diversity on the workplace.

– Governing documents are filled with nice words about how diversity is important, but people hardly ever discuss how to release all the potential in diversity, Brenna says.

– Many leaders loudly talk about how important diversity is, that it creates value, innovation and increases creativity. But in the same breath they say that they do not make a difference and so not think about the fact that their employees have different background.

Brenna explains that many calls themselves colour-blind or gender blind.

– But what is the purpose of counting diversity if you do not actually see it?

She argues that we have to understand the difference between diverse backgrounds and diversity competency.

– If my leader only employs me to tick off boxes like woman and Indian background, but does not know how to ask for my knowledge and perspective as Indian and as a woman, then we have an insecure leader that also makes me insecure.

Often, the management talks about diversity and inclusion, but what they really expect is for the employees to adapt and become as similar as possible to the existing environment. Brenna calls this an assimilation culture.

– It is important that we instead try to create an inclusive culture. We can do this by focusing on the knowledge and skills that I have as a consequence of being a minority. This can be things like developing flexibility, taking on someone else’s point of view and understanding what it means to be a minority. These skills can you use to navigate and see the world from a different perspective.

Good experience from diverse workplaces
Two companies with large diversity among their employees was represented at the webinar. Brødrene Aa has employees from 12 different countries. Synne Marie Oppheim is HR responsible at the yard. She says they are conscious of their employees’ background when they recruit new ones.

– To us, inclusion and diversity means recruitment. We spend a lot of time finding the resources that we need. We understand that our employees are in different situations, and we are eager to adjust, to be flexible and to really see our different co-workers.

Over several years, Haukeland University Hospital has sent over 100 Norec participants on work exchanges and received just as many from countries in the South. The hospital also has permanent employees from a number of different countries.

– It is particularly a strength for us that we have many different nations gathered, and not only large groups from few countries represented, says Jon Wigum Dahl, director of the division for international cooperation.

– It is important to remember that it is not just easy, we have had some challenges due to cultural differences. We have for example experiences that some men have had problems with having women leaders. Then it is important for us that the management takes a clear stand that we do not tolerate that. All in all, it is enriching for us to have many nationalities on the workplace and we wish to have a diverse group of employees, he finishes.

A recording of the webinar is available here (in Norwegian) 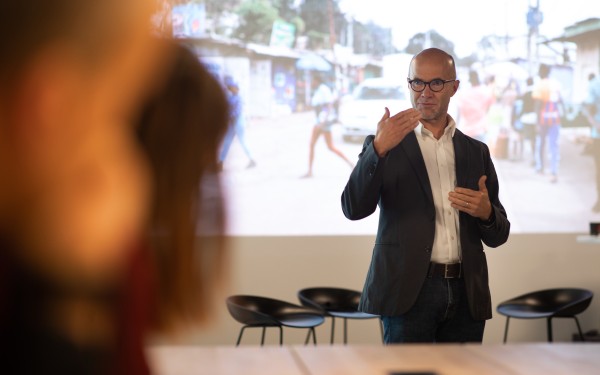 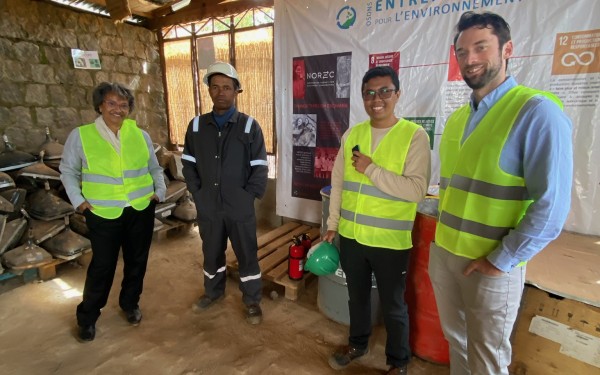 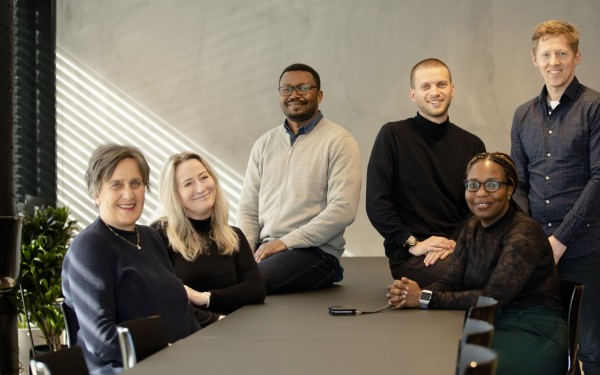